Throughout history, Serbs have inhabited wide spaces in the Balkans and Central Europe and their manuscripts have shared the destiny of the nation. Unfortunately, the preserved corpus represents only a small portion of the manuscript heritage which was rich both in terms of content and artistic achievements. Many Serbian manuscripts are now far beyond the borders of the Serbian state or the territories where Serbian ethnic groups live. They can be found in the manuscript collections throughout and the rest of the world, which were their final destination due to various circumstances. Consequently, a closer study of these manuscripts is not only a scientific task, but also, and even more importantly, a national task and duty. However, with the exception of sporadic, individual endeavours, a systematic cataloguing of Serbian manuscript legacy in foreign collections has never been undertaken. Therefore, these publications should be viewed as an attempt to perceive the whole – from what is left and what has been lost forever – and, at least to some extent, to put together the pieces of the fragmented manuscripts that are often scattered in several collections across the world.

These manuscripts are the monuments of the epochs that were completely different from our time, which makes any analysis that includes national, i.e. modern criteria in terms of methodology very difficult. A modern man can hardly understand the inter-connectedness of the various aspects in the lives of Christians, typical of the South-Eastern Europe in the late Middle Ages and the post-mediaeval period.Being fully aware of this fact, we decided that the language would be the main criterion for the selection of the manuscripts from the foreign Slavic collections which would be included in the series of Serbian manuscript catalogues. There are, of course, other manuscripts that are linked to the Serbs in the political-geographical, cultural or any other aspect, which will not be described in this edition, because it is beyond the capabilities of the Commission within its existing framework. We hope that other nations will also find something of interest for their own culture and the science of the past in these catalogues. 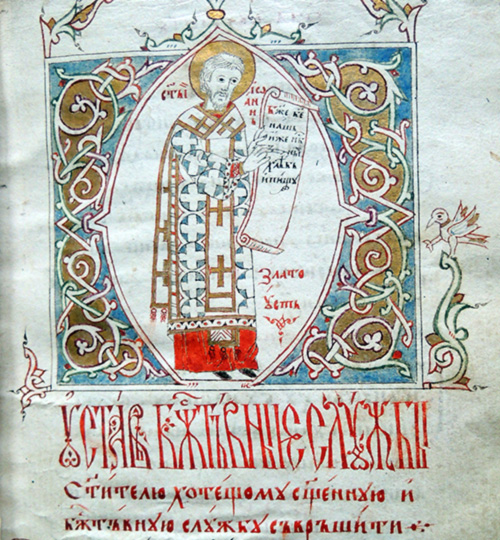